PhillyLiving, a leading realty team in Philadelphia, announced today that it will partner with rising star developers, Henry Siebert and Ryan Kalili, towards the successful lease-ups of three new rental buildings in Brewerytown and East Kensington.

Mr. Siebert and Mr. Kalili, recent graduates of the University of Pennsylvania and Stanford University respectively, began considering a career in real estate development while still in high school. It wasn’t until Henry Siebert relocated to attend Penn that the two realized the Philly market is where they wanted to make their impact. They ultimately settled on Brewerytown as the location of their first venture under their company, Archive Development.

“At one point Brewerytown contained the highest concentration of breweries in the United States and was defined by its ornate brick factories and warehouses,” said Mr. Siebert. “Through our work, we want to help revitalize an area by raising the standard for building in the city and by honoring Philadelphia’s rich history.”

The first mixed-use building at 1208-12 N. 29th Street in Brewerytown will be ready for move-in around May 2021. It will feature six units with (1) studio, (3) 1-bedroom, and (2) 2-bedroom options. The handsome red brick façade features a traditional cornice, prominent piers, and 7-foot tall factory-style windows. All units will have stainless steel appliances, washer/dryer in units, and 10 ft. ceilings. Bike storage will be provided within the lobby and the ground floor will be home to a wellness spa.

The second and third buildings at 2523-25 Frankford Avenue and 2414-16 Frankford Avenue in East Kensington will follow in 2021 and will each feature six rental units over retail space. One building will feature a patio, while the other will boast a roof deck.

“We are thrilled to have the support of PhillyLiving,” added Mr. Kalili. “Having successfully leased out a number of new construction buildings in the area, we believe their team has the track record and the focus on leasing that we need. For most brokers, leasing is a necessary headache to please developers, but PhillyLiving understands the importance and professionalism needed to create value for developers.”

“We know Henry and Ryan are extremely grateful young professionals – and we want them to know we are proud that they chose to partner with us as well,” stated Mike McNelis, Chief Operating Officer of PhillyLiving’s rental and property management division. “Their story of venturing into entrepreneurship is an inspiring one – and it’s only just the beginning.”

PhillyLiving is all about enhancing quality of life and making it easier for people to experience moments of joy through real estate. What started as a one-man team led by Noah Ostroff in 2010 has become a full-service organization with close to 30 agents and an experienced in-house operations group that supports all types of real estate transactions. In 2017, PhillyLiving acquired the largest real estate rental brokerage in Philadelphia, The Philly Apartment Company, which has leased 15,000 properties to date. Most recently in 2020, a new division of PhillyLiving called PhillyLiving Management Group was formed to expand the business in the area of property management. For more information, visit https://www.phillyliving.com/. 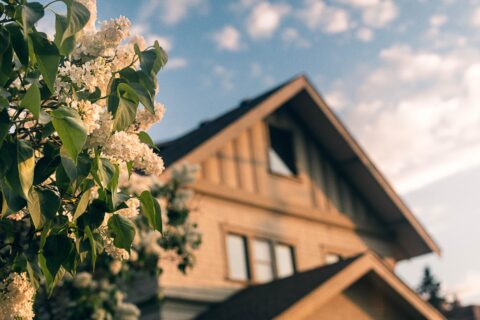 Congratulations to our top-producing agent, Andrew Mascieri, on officially accepting the role of team leader for…

At PhillyLiving, we know it can be intimidating to ask for help when it’s needed or to know if it’s possible to get better service from your…